I think that’s a compelling title, but not compelling if you don’t know.

Some interesting “Planet of the Apes” facts:

So, that was a little deep, so let’s back up a bit. There is so much else to discuss… John Lithgow gives an impressive performance, as do James Franco, Andy Serkis and Freida Pinto. I could do a whole article on the niche that Andy built – but another time. It is an origin story – who doesn’t love origin stories from Deadpool to Adam and Eve? We love them all. It shows that the road to hell is paved with good intentions. It shows the eventual decline of man!

“Outbreak” was a blockbuster in its day: Morgan Freeman, Dustin Hoffman, and Donald Sutherland… My brat pack now: Rene Russo, Kevin Spacey (before he was a sex monster), Cuba Gooding Jr. and Patrick Dempsey. All star! My outbreak was just beginning… 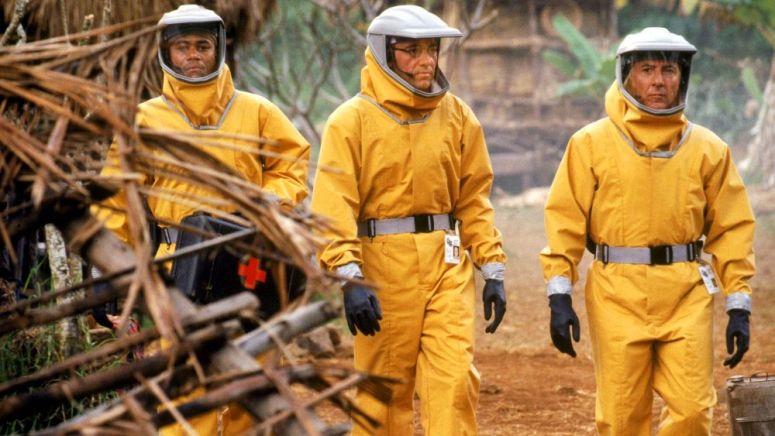 There is a scene in the movie, where a man gets off a plane and ,damn, nearly collapses on his girl, due to illness! This will be station zero, the source point for the unlimited contagion of a virus in the lytic cycle. It needs no calories, no DNA, no energy.  It’s a virus. It’s RNA wrapped in a protein coat. (I’m sure that last sentence is confusing. It’s meant to be. Confusion leads to complacency, complacency to Omega 13 moments (Galaxy Quest). The insidious nature of this non-organism may be dawning on you now.)

Remember “Dallas Buyer’s Club”? How Matthew McConaughey demonstrated the fear of an unknown virus, an unknown fate and known prejudices at the same time?  Perfection of costume and make-up, directing, acting, editing and screenwriting converge in this film. The message? “Don’t be on the wrong side of history, when an outbreak occurs.  Don’t point fingers, just get healthy.  Limit your exchange of bodily fluids, no matter how tempting it may be.“ 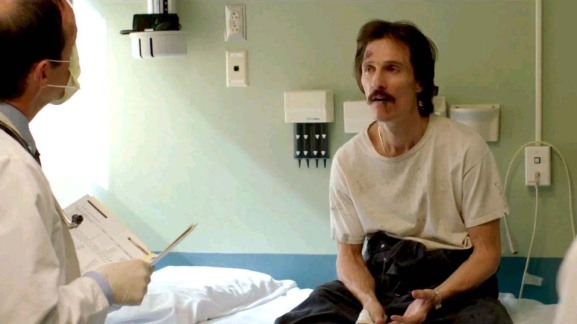 I digress, I had my own personal outbreak moment. I woke up, feverishly ill, one day. It was the day of my first vacation with my future husband. I wasn’t letting a virus get me down! I saw a doctor, urgently (I must’ve been lucky to get in that quick). My throat – indeed, my entire esophagus – was bleached white from the virus, my skin had a ruddy complexion and quite disturbingly photographic welts (a skin condition where scratching leads to welts). I’m on the plane next to my husband to be. I get off the plane sweaty and clammy at the same time. I damn near collapse into my beau. The like grade asshole we can all be at 23, when you think you’re invincible. You don’t have routine doctor’s appointments and maintenance medication. Doctors and sick days are for the weak. “Can’t” isn’t in your vocabulary. Until what you thought was a breath of fresh air leads to your doom…

Now, take a pause. Think of what you have heard about this year’s flu outbreak. Think about your finances, what you’re willing to risk for your health. Think about corporate slavery. That job you are so wedded to will replace you tomorrow. I’ve seen it. I’ve done it. 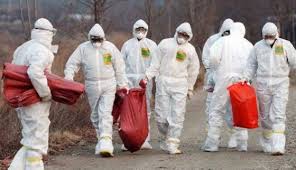 Now, picture Charleston Heston “discovering” the Statue of Liberty. Man is extinct, ideals and philosophies are corpses as well. Can you picture it, even if you’ve never seen it? Can you?  If you can, that’s how you give rise to a sequel…

So many offshoots of this story: American Way of Dying, the Constitution, Generation Z… So much to talk about…

Now, wash your hands or call of work, whatever range of motion you need – but let’s keep the flu contained. There is only one Statue of Liberty for a reason!